Leaking drainage pipes are often the first thing that comes to mind when you suddenly realize that you're paying for much more water than you seem to be using.

Homeowners often fail to realize that they could be losing water to invasive tree roots as opposed to leaking pipes. If there are no leaky pipes and there's an abundance of trees growing around pipe locations, their roots might be sucking the extra water out of your drain pipes.

How Did They Get There In The First Place?

Tree roots use different routes to penetrate into drainage pipes based on where they can find a point of weakness along the surface of your drain pipes.

The point of weakness is determined by the type of material used to make the pipe. For example, drainage pipes made of clay are known for their fragility and for the weak nature of their joints. Pipes made of cast iron are susceptible to corrosion, which encourages the development of weak points. Plastic pipes (e.g. PVC and ABS) have joints that are glued together. Thermal expansion within the 'plastic' drainage system encourages the development of weak points and the subsequent entry of roots into the pipes.

How Is The Presence Of Roots Established?

Up until now, there's no concrete proof that roots have grown into your drain pipes. You've made the conclusion that this is the case based on the increasing water utility bill, the absence of leaky pipes and the abundance of trees around pipe locations.

You'll need to rent out a drain inspection camera and use it to ascertain that you made the right conclusion.

Can Roots Be Eliminated Without Tearing Into The Pipes?

Yes, but only if the extent of root invasion is moderate. There are several chemical products that can you can use to kill the roots. Chemical root killers can easily be bought from local tree service companies.

Flushing the chemical killer through the drainage pipes two or three times should catalyze a foaming reaction that kills the invasive roots.

However, it's important to point out that chemical killers may not be appropriate for use on metal rain pipes. Some chemical root killers are made up of compounds that have the potential to corrode drainage pipes. Copper sulfate is a good example of the corrosive elements likely to be present in chemical root killers. 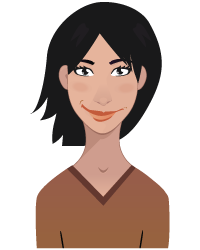